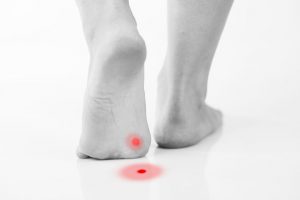 3 out of 4 Americans experience serious foot problems in their lifetime.

1/4 of all the bones in the human body are down in your feet. When these bones are out of alignment, so is the rest of the body.

Only a small percentage of the population is born with foot problems. It’s neglect and a lack of awareness of proper care – including ill fitting shoes – that bring on problems.

Women have about four times as many foot problems as men. High heels are partly to blame.

Walking is the best exercise for your feet. It also contributes to your general health by improving circulation, contributing to weight control, and promoting all-around well being.

Your feet mirror your general health. Conditions such as arthritis, diabetes, nerve and circulatory disorders can show their initial symptoms in the feet – so foot ailments can be your first sign of more serious medical problems.

Arthritis is the number one cause of disability in America. It limits everyday dressing, climbing stairs, getting in and out of bed or walking – for about 7 million Americans.

About 60-70% of people with diabetes have mild to severe forms of diabetic nerve damage, which in severe forms can lead to lower limb amputations. Approximately 56,000 people a year lose their foot or leg to diabetes.

Walking barefoot can cause plantar warts. The virus enters through a cut.

The two feet may be different sizes. Buy shoes for the larger one.

About 5% of Americans have toenail problems in a given year.

The average person takes 8,000 to 10,000 steps a day, which adds up to about 115,000 miles over a lifetime. That’s enough to go around the circumference of the earth four times.

There are currently more web sites on the Internet having to do with foot fetishes than with foot health.

Biomechanics Magazine – the magazine of body movement and science

Our store specializes in sizing and fitting shoes to your feet. We carry a large number of brands of comfort shoes, in all of those hard to fit sizes.

We are here to help! We will stand behind our products and services. If there ever is any issue with our products or service, we will do our best to fix it and make it right!

Appointments are strongly preferred, but walk-ins are welcome.

Directions:
We are conveniently located on State Route 256 (Hill Road) in Pickerington, OH, 1 mile south of Interstate 70 on the East side of the street. Turn left at the 5th stop light from I-70, across from Huntington Bank and Kohls. 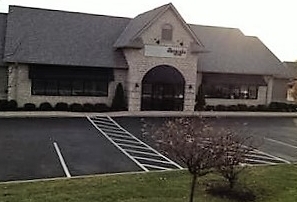